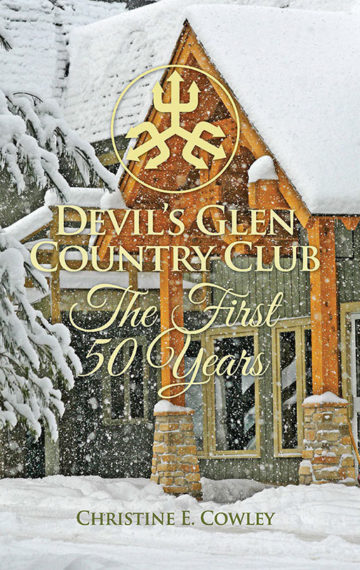 In 1962 two young ski racers from Toronto, Michael Gee and Don Esson, entertained the dream of establishing a new ski area in a hidden valley of the Mad River in southern Ontario known as Devil’s Glen. As the spark of inspiration grew, the venture captures the interest of another accomplished ski racer, Baylor “Red” McConville, from London, Ontario. Over the next three years, the public ski area at Devil’s Glen gained some renown, but costly upkeep and expansion needs threatened its ability to stay afloat.

In the spring of 1965 investors in the public ski area, all budding business professionals, agreed that the only route to long-term sustainability was through membership fees. On December 5, 1965, Devil’s Glen Country Club was incorporated as a private ski club. Contributing financial resources, labour and expertise, 16 founders and 201 initial members proceeded to transform the promising idea into a long-lived reality.

Fifty years later new members are discovering the natural beauty and camaraderie of life at Devil’s Glen, while many of the club’s early supporters introduce third and fourth generations of skiers to its singularly inspiring landscape.

The book is still available directly from Devil’s Glen. Please contact them at info@devilsglen.com to order a copy.

Written by Christine Cowley and published by Moss Pillow Publishing. 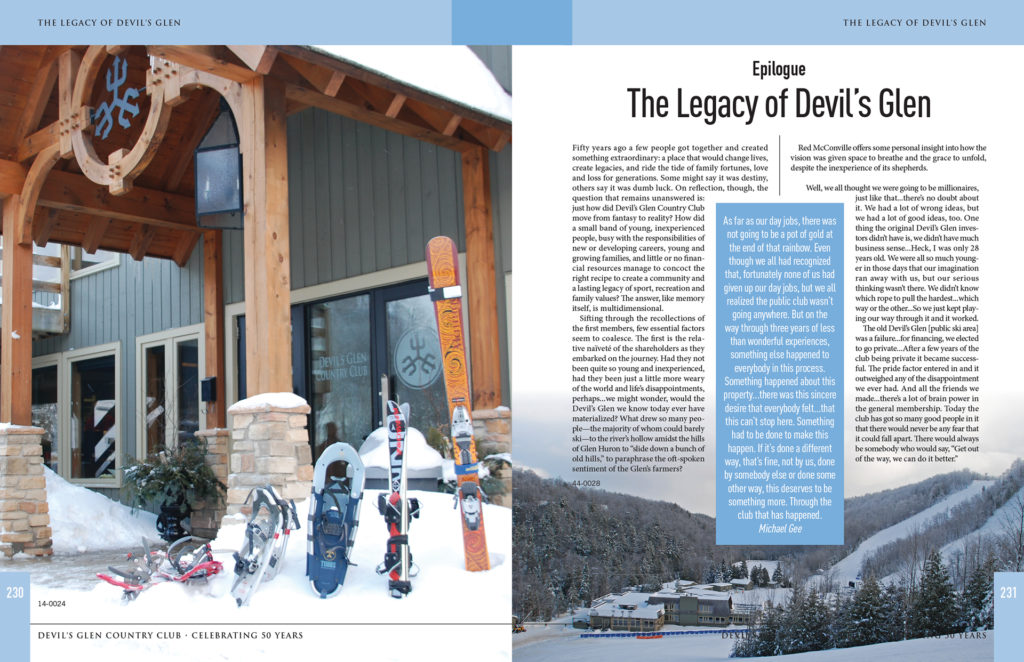 Get the Storylines Serial

Escape for a moment into the world of fiction with Storylines Serials. A tasty reading snack delivered to your in-box every two weeks, in text and audio.

When you subscribe, you’ll also receive a special edition audio of an interview with Canadian humourist Terry Fallis, reading from his novel Albatross.

Spam sucks. We will never share, sell or hold your personal info hostage.

First Series: WHAT THE DAY DOES NOT KNOW, prequel to ALL THE DAY ALLOWS.

Twenty-year-old Marjory McAllister is running out of time. If she doesn’t act soon, her overbearing aunt will push her into a loveless marriage and small-town life. So, when a handsome stranger calls out for missionaries to northern Africa, the summons seems like an answer to prayer. But Marjory’s storybook notions about missionary service are about to meet with a fierce awakening.

Inspired by true accounts of Canadian missionaries in Nigeria and Ethiopia in the 1930s, ALL THE DAY ALLOWS explores a little-known nugget of Canadian history. In its prequel, WHAT THE DAY DOES NOT KNOW, Marjory must face harsh truths about her own motives.